Thought Leadership Series: Is the CIO the new custodian of the Video Surveillance System?

Video Surveillance Systems have migrated from analogue based cameras and encoders, to IT centric IP based cameras, recorders and networks. More IP Video Solutions are deployed today than analogue solutions, especially for medium to larger scale projects. How does this change in technology influence the industry of video surveillance and the people responsible for using, designing, installing, integrating and maintaining these systems into the future?

How does the shift in Video Surveillance from an Analogue world to an IP world impact the Chief Information Officer (CIO), and their organisations?

We asked Pieter Smuts, GM of the FS-Systems Johannesburg division, to elaborate on this subject.

Remember the old VCR Tapes we used to watch the latest movie, or to record the game on TV? VCR based analogue surveillance systems were the very first way to record footage on a Closed Circuit Television System. In the mid 1990’s VCR’s were gradually replaced by Digital Video Recorders (DVR’s), still recording views received from analogue cameras at rather low resolution and image quality. We have now reached a point where more IP Video Solutions are deployed than analogue solutions. Some experts indicate that this tipping point already occurred in 2011.

Today’s Network Based Video Surveillance solutions offer end-to-end IP based systems with advanced functionality. Network based IP cameras mostly range from 1 megapixel to 30 megapixel cameras and are available in a variety of form factors suitable to different environments and scene types. These cameras are in essence “small computers” fitted with lenses, image sensors, processors and Ethernet connectors, converting video signals into data to stream across an IP network. This IP network would typically consist of data cable, network field switches (POE), Server Based Network Video Recorders, core switches and PC based operator workstations. Video signals are recorded as data whilst managed and viewed with elaborate Video Management Software (VMS).

The IP Video surveillance therefore forms part of the bigger IT and networking ecosystem, and has a strong tie-in with the CIO and their organisation.

In the past a CCTV technician with a strong electronics background would be responsible for the design, installation, end-user support and maintenance of the analogue system.

Today’s CCTV Engineer are best equipped with an IT Networking and Software background. As the entire surveillance system consists of mainly IT components and software, completely different skill sets apply to extract the best value from the modern surveillance system. With much better image quality, functionality, ease of use, software and events based searching capabilities, HD IP Video Surveillance systems are no longer only used to mitigate security and safety risks. Operations Managers in different industries now use surveillance systems to assist with performance and resource management, productivity improvement and specialised audits, relevant to their functional departments.

Q3: It seems that the systems owner will rely heavily on the internal IT department to monitor and maintain the system health of the CCTV system. To what degree should the CIO (Chief Information Officer) be involved in selecting a suitable solution / brand for a new installation / system upgrade?

IT Departments of medium to larger sized organisations have been in existence longer than IP Video Surveillance. Over the years CIO’s have developed sound protocols, network security processes and parameters to successfully design and manage the health of IT Systems.

The surveillance system requires similar operational, security and functional processes in place, as those of the wider IT and networking ecosystem. In large organisations these processes usually fall under the domain of the CIO.

Although Security and Operations Specialists best know the functionality of the surveillance system required to do the job, the CIO and his team may be best geared to select the performance criteria on how to deliver on the operational requirements and how to keep the system in top performing shape.

Q4: What new developments can be predicted within IP Video Surveillance industry in the future?

As most IP Video Surveillance systems have a life expectancy exceeding 7 years, it is important to consider what the camera you install today can do for you tomorrow.

Video Analytics and API’s in all forms and fashions are significantly changing the way we interact with video data.

Nobody knows what the future will bring in terms of video analytics in much the same way you did not know 5 years ago what your favourite App will be on the smartphone you use today.

Install an IP camera today that will bring you the following benefits tomorrow:

• Self-Learning Analytics that could trigger multiple alerts and actions

• Logic-based alerts to notify you of pre-set risk conditions

• Reporting on manifestations that may influence operational choices

In the next few years, IP Surveillance Cameras may very well be assigned an Operational Job Description in addition to a camera name.

We invite you to contact one of our FS-Systems experts to help you make an informed decisions on your next HD IP Video Surveillance Solution.

Watch this AVIGILON product demo video featured at IFSEC 2015, including the 7K HD Pro, to see the quality of products FS-Systems works with. 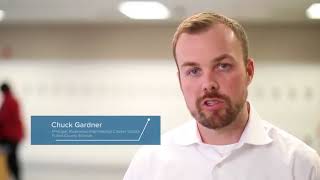 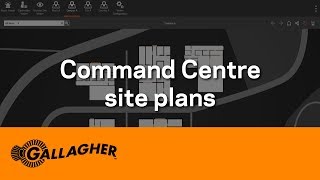 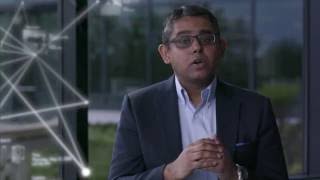 Thought Leadership Series: Is the CIO the new custodian of the Video Surveillance System?